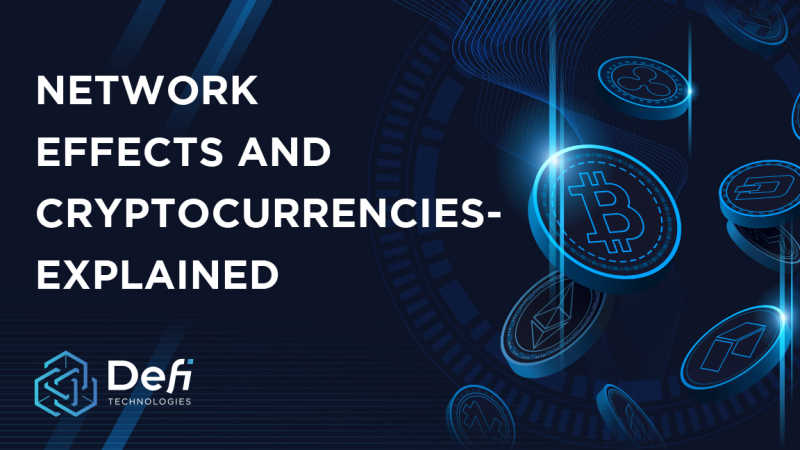 Ever wondered why Facebook is still relevant today, but many other social media platforms have fizzled out? Or perhaps, why is Apple making waves with each new iPhone release yet some phone companies struggle with sales despite being market leaders? The answer is not far-fetched, as everything could be explained with the concept of “Network Effect.”

Network effect refers to a situation where a product becomes more valuable with each added person using it. It leverages human capital to provide more utility. Let's take the internet as an example. In its early days, it was only relevant for the military and a few early birds. As more people started to use the services provided by the internet, it became more important in our everyday lives. Nowadays, it has gotten to the point that almost everything in our lives can be improved with the internet.

The success or failure of any given cryptocurrency hinges on the network effect it creates. The growth and sustainability of a project depend on its ability to retain existing users while getting a consistent flow of new ones irrespective of other projects coming up and promising better value propositions.

What was the worth of one bitcoin when the first BTC transfer was made? Quite a bit lower than its current price, that’s for sure. As more people began to accept Bitcoin as a valid means of payment or used it as a store of value, the price began to increase. We have seen over 10,000 new cryptocurrencies released so far, but Bitcoin remains at the top. One of the main reasons for that is none other than the network effect it has created over the years.

However, network effects can also have their demerits. For instance, we’ve recently seen Ethereum fees skyrocketing due to an increased demand for the token. While the increase in demand is certainly a positive thing, the underlying network effect surely contributed to exposing the limits of this technology. We probably won't see a cryptocurrency that is not reliant on network effects.

Network effects can be categorized broadly into two groups.

A direct network effect is a measurable, quantifiable result of a network. An increase in users would mean additional value to the project. For instance, as more users accept a crypto token, its value increases.

Ethereum would be another good example - with its throughput of only 13 transactions per second, the second-largest cryptocurrency by market cap has faced its share of transaction bottlenecking.

One great example of this is the implementation of Ethereum 2.0. In this case, the team behind Ethereum has to be very careful, as one small bug can cause major losses for its current customer base. This is, therefore, drastically slowing down the innovation process.

Unknowingly, we are a part of many network effects. None of the services like the internet, social media platforms, and blockchain technology would have existed if not for this concept. It would certainly do new cryptocurrency projects more good than harm to strategize on including network effects into launching, distribution, and self-sustainability. What are your thoughts on network effects? Let us know!